George Best, who died in November, 2005, was one of the most naturally gifted players in the history of football. Genuinely two-footed, quick and elusive, he was equally effective on the left or right flank and garnered worldwide acclaim for his technical ability and flair. Indeed, in his heyday in the mid to late Sixties, his celebrity transcended football, so much so that he was dubbed the ‘Fifth Beatle’.

Handsome, stylish and extremely well-paid, by ordinary standards, Best enjoyed a playboy lifestyle, of which he once said, ‘ I spent a lot of money on booze, birds and fast cars. The rest I just squandered.’ Sadly, though, Best suffered from lifelong alcoholism, which overshadowed his brilliant playing career, led to a controversial liver transplant in 2002 and, ultimately, resulted in his premature death, at the age of 59.

In 1972, beset with problems with alcohol, which led to erratic form and behaviour, not to mention weight gain, Best announced his retirement, more than once, before changing his mind. Nevertheless, he failed to recover his previous level of brilliance and made his final appearance for Manchester United in 3-0 defeat by Queens Park Rangers on January 1, 1974. Still only 27, played for 11 different clubs, including Stockport, Fulham, Hibernian and Bournemouth, without any notabel succcess, before finally retiring in 1983.

Known in his heyday as the ‘golden boy of English football’, Bobby Moore will always be best remembered for the iconic photograph of him being held aloft by teammates Geoff Hurst and Ray Wilson, Jules Rimet trophy in hand, at the end of the World Cup final at Wembley Stadium on July 30, 1966. Indeed, manager Sir Alf Ramsey later said of Moore, ‘Without him England would never have won the World Cup.’

Born in Barking, Essex on April 12, 1941, Moore was outstanding centre-half, renowned for calmness, composure and intelligence on the pitch and humility, modesty and integrity off it. He made his senior debut for England in a friendly against Peru at Estadio Nacional del Perú, Lima on May 20, 1962 and impressed manager Walter Winterbottom sufficiently to play in every game of the 1962 World Cup in Chile, where England reached the quarter-finals.

The following year Sir Alf Ramsey replaced Walter Winterbottom as England manager and, on the first anniversary of his first senior cap, on May 20, 1963, Moore captained England for the first time in a friendly against Czechoslovakia at Tehelne Pole Stadion, Bratislava. All told, Moore made 108 appearances for England, including 90 as captain.

At club level, Moore made his professional debut for West Ham United at Upton Park on September 8, 1958, at the age of 17, against Manchester United. He was appointed captain for the first time on April 20, 1962, having just turned 21, and subsequently led his club to victory in the FA Cup in 1964 and the European Cup Winners’ Cup in 1965. All told, he made a then record 544 league appearances, and 642 in all, for West Ham United, nefore being sold to Fulham in 1974. Thereafter,

he spent short spells in America, with San Atonio Thunder and Seattle Sounders, and in Denmark, with Boldklubben Herning Fremad, before finally hanging up his boots in 1979. 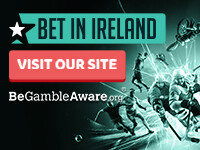