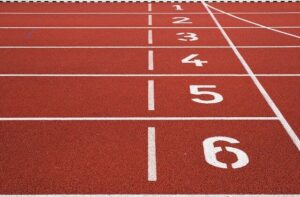 Born in Davenham, Cheshire on December 17, 1973, Radcliffe excelled at athletics at school, despite being diagnosed with exercise-induced asthma at the age of 14. However, it was not until her second year at Loughborough University, after she finished seventh in the 3,000 metres at the World Athletics Championships in Stuttgart, in 1993, that she seriously considered a career in athletics.

Fast forward to the early years of the twenty-first century and having finished fourth in the 10,000 metres at both the 2000 Olympic Games in Sydney and the 2001 World Athletics Championships in Edmonton, Radcliffe switched her attention to the marathon. She won at her first attempt, in the London Marathon in April, 2002 and the following October won the Chicago Marathon in a time of 2:17:18, thereby smashing the world record by almost a minute-and-a-half.

Radcliffe lowered the world record again at the London Marathon in 2003, winning in a time of 2:15:25 but, although starting favourite for the marathon at the 2004 Olympic Games in Athens, dropped out of the race after 22 miles, having suffered an adverse reaction to anti-inflammatory medication. Nevertheless, she won her first New York Marathon a few months later and her third London Marathon the following year. After becoming a mother for the first time in 2007, Radcliffe won the New York Marathon again ten months later. Her training for the 2008 Olympics in Beijing was compromised by a stress fracture of her left femur, but she recovered sufficiently to win her third New York Marathon later the same year. 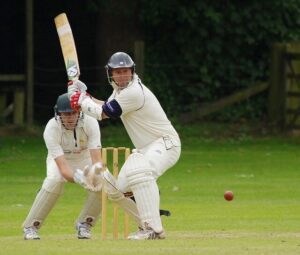 Knighted in 2007 for services to charity and cricket, Sir Ian Botham is widely regarded as one of the finest all-rounders in the history of cricket. Born in Oldfield, Cheshire on November 24, 1955, Botham made his first-class debut for Somerset against Lancashire in the County Championship in May, 1974, at the age of 18. He made his Test debut for England in the third Test against Australia at Trent Bridge, Nottingham in July, 1977 and just over two years and 21 matches later, on August 30, 1979, became the fastest player to score 1,000 runs and take 100 wickets in Test cricket.

However, Botham will always be best remembered for three match-winning performances, two with the bat and one with the ball, in the Ashes series in 1981, subsequently dubbed ‘Botham’s Ashes’. After losing the first Test at Trent Bridge and being out for a pair in the drawn second Test at Lord’s, Botham resigned the England captaincy and was replaced by his predecessor, Mike Brearley, who had been tempted out of retirement.

At Headingley, England followed on and were quoted at 500/1, at one point, to win the third Test. However, Botham produced a remarkable display of hitting, scoring an unbeaten 149, off just 148 deliveries, towards at second innings total of 356, setting Australia a total of 130 to win. In an inspired spell, England fast bowler Bob Willis produced figures of 8/43 in the second innings, reducing Australia to 111 all out, and the home team scored the unlikeliest of victories. In the fourth Test at Edgbaston, Botham took five wickets for one run in 28 balls, to put England 2-1 ahead in the six-match series, scored 118 in the second innings of the fifth Test at Old Trafford, which England also won, and took ten wickets in the drawn sixth Test at the Kensington Oval. 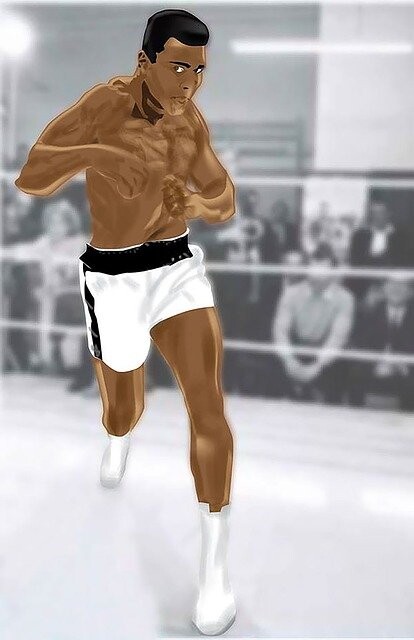 The Most Popular Sporting Activities in the United States

Sports have long been a popular pastime in the U.S., with basketball and football being among the most well-known. Apart from having dedicated coaches, America also offers students multiple opportunities to participate in sports, unlike a few other countries that are biased in sports participants. Sports are important because they instill values in participants. Such values include fairness, equality, and discipline: respect, perseverance, team building, and justice. In the free land, there is always something for everyone. Besides sports, you also can find the big and entertaining games waiting for you on casino.netbet.co.uk, keeping you occupied all night long. Some of the United States’ top sports discussed in this article are American football, baseball, basketball, ice hockey, soccer/football, golf, wrestling, and motorsports.

Top Tier Sports You Can Find in the U.S.

On the list of the world’s most-followed sports, basketball is the 10th. However, in the USA, it is the 3rd most popular with an attendance of more than 13000. The NBA has produced great basketball players like Le Bron James and Michael B. Jordan. The NBA only signs players that are 18 years of age or older. Moreover, players who have played college basketball for at least a year are eligible for an NBA draft.

As aforementioned, baseball is the USA’s national sport. Baseball is the 7th most followed sport globally. Baseball competitions mainly have two levels, the minor league and the major league (MLB). MLB has a minimum age requirement of 18 for players born in the USA and 17 for international players. Plenty of pro baseball teams hold tryout camps to allow overlooked players to try out for a spot to play in the MLB.

Ice hockey is primarily familiar in North America. It is called “Ice hockey” because the players play on the ice. However, if it’s only referred to as “hockey,” it means field hockey. Artificial ice rinks have revolutionised ice hockey and made it one of the most popular indoor sports. To compete in the Winter Olympics, one must be 18 years of age or older.

It is also one of the most popular sports in the USA. To compete in professional football, you need to have attained a minimum age of 21 years. However, one is advised to join soccer teams from as early as five years of age as this will significantly aid the ascension into professional soccer. Once every five years, the entire world comes together to compete in a World Cup soccer match.

Tennis is the world’s most popular sport. However, it is the 6th most popular sport in the USA. Great players such as Serena Williams and Andy Roddick act as inspirations for young sportsmen and women who wish to impact the world of sports with their talent.

Taking the 8th spot in popularity globally is golf. It is popular amongst Americans because one of their own, Tiger Woods, has made a name for himself as one of the world’s best golfers, making Americans very proud. In golf, a caddy is a person who carries a golfer’s bag and gives them advice and moral support.

Pro wrestling is another popular sport in the USA. Wrestling matches organised by the WWE are some of the most popular matches with wrestlers such as John Cena and The Rock famous among wrestling fans.

Motorsports involves race cars and even motorcycle races. NASCAR is a prominent motorsport organization in the USA that organizes car races in the USA. The minimum age to get a National Racing License is 15 years.

To Sum it Up

With a population of over 300 million, The United States is home to a variety of sports. Whether you prefer outdoor activities like hiking and skiing or indoor pastimes such as watching sports and playing video games — this is the place for you.