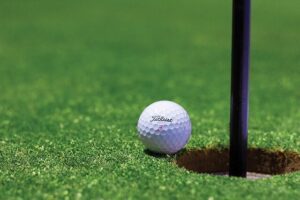 A decade-and-a-half after he bade farewell to major championship golf, at the age of 65, having missed the cut in the Open Championship on the Old Course at the spiritual home of golf, St. Andrews, in 2005, Jack Nicklaus remains the most successful major winner of all time. Although well past his prime, Nicklaus received a ten-minute standing ovation from the crowd, in recognition of his long, illustrious career, as he paused on the iconic Swilcan Bridge on the eighteenth fairway at St. Andrews.

All told, Nicklaus won 117 professional tournaments, including the Masters Tournament six times, the PGA Championship five times, the US Open four times and the Open Championship three times. His career total of 18 major championship victories is three ahead of his nearest rival, Tiger Woods, and seven ahead of anyone else in the history of professional golf.

Born in Columbus, Ohio on January 21, 1940, Nicklaus started playing golf at the age of ten and was US Amateur Champion twice, in 1959 and 1961, before announcing that he was turning professional. The following year he won his first major professional title, the US Open at Oakmont Country Club in Pittsburgh, Pennsylvania, where he defeated Arnold Palmer in an eighteen-hole playoff. Nicklaus’ nickname, ‘Golden Bear’, derived from his blonde locks and thickset frame, was apparently coined by Australian journalist Don Lawrence during the 1967 US Open.

By that stage of his career, Nicklaus had already become the youngest player to win all four major championships, couresty of a one-shot victory over Doug Sanders in the Open Championship at Muirfield in 1966, at the age of 26. Two decades later, at the age of 46, he won his final major championship, playing the back nine at Augusta in six-under-par, despite a bogey on the par-three twelfth hole, to win the 1986 Masters Tournament by a single shot; Nicklaus remains the oldest Masters winner in history.